Marijuana Use in Colorado

Colorado was the first state to legalize recreational Marijuana back in November of 2012. Now that five years have passed, researchers have been able to start to compile data about the effects of recreational marijuana across the state. The Rocky Mountain High Intensity Drug Trafficking Area released a report that looks at general use trends, the financial impact of legalization, as well as traffic and public health impact. Some statistics from the report include:

-15.9% of people were self-reported past-month marijuana users compared to the national average of 8.6%.

-Traffic deaths with drivers who tested positive for marijuana increased by 39% during the past four years, which equates to one person killed every 2 ½ days. 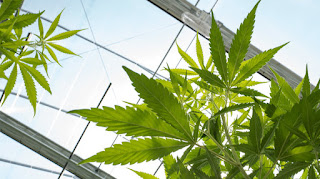 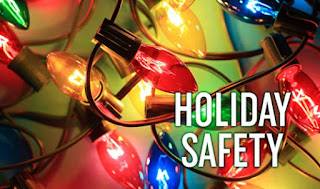 The holidays are time for gathering, decorating, traveling and more. With increased activity, comes increased risk- taking small precautions can help keep you safe this time of the year.

1) Be aware of electrical risks

Overloading electrical outlets and faulty wires are a common cause of fires around the holidays.

Handling food safely is important to decrease risk of food poisoning. Wash hands frequently when handling food, handle cooked and uncooked foods separate, and store food properly. Additionally as a general safety practice, do not leave stove or oven on unattended as this can also cause a fire risk and risk for injury.

According to the Electrical Safety Foundation International, one in five house fires are caused by unattended candles. Make sure to keep candles where they cannot be knocked over or utilize flame-less candles. Never leave candles … 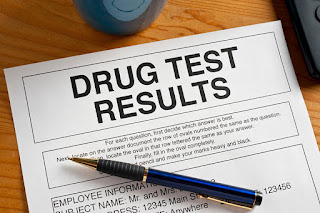 According to the annual Quest Diagnostics Workforce Drug Testing Index the rate of workforce drug positivity hit a fourteen-year high in 2018. In urine drug tests positives increased nearly five percent in both the safety sensitive workforce and general workforce. The largest percentage was seen in marijuana positives, where it increased in almost all workforce categories.For example in federally mandated, safety-sensitive workforce, marijuana positives grew nearly five percent between 2017 and 2018 and nearly 24 percent since 2014. "Our in-depth analysis shows that marijuana is not only present in our workforce, but use continues to increase," said Barry Sample, PhD, senior director, science and technology, Quest Diagnostics. "As marijuana policy changes, and employers consider strategies to protect their employees, customers and general public, employers should weigh the risks that drug use, including marijuana, poses to their business."Additional trends include…

Each May, the Occupational Health and Safety Administration (OHSA) encourages employers to take time to discuss fall hazard awareness. The National Safety Stand-Down to Prevent Falls in Construction emphasizes that even though falls are the leading cause of death for construction employees, accounting for 366 of the 971 construction fatalities recorded in 2017, all of the deaths are preventable. OSHA defines safety stand-down as a voluntary event for employers to talk directly to employees about safety and according to the National Safety Council " Tens of thousands of employers nationwide and more than a million workers participate in the annual Fall Safety Stand-Down."Here are a few stand-down ideas:Toolbox talkTake a break to talk about fall risksSafety walk throughShowing a safety videoTaking time to do safety trainingAttend a stand-down event in your areaAnyone can participate in a stand-down! Even if there is not fall risk, it can also be an opportunity to talk about g…